Trevor Prior discusses the development of bespoke soccer boots 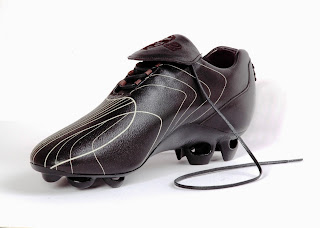 Despite the technology applied to football boots, many of the old problems still exist and the full force of technological advances has yet to be applied to the soccer boot. This is in part due to the commercial aspect of the soccer boot. Any technology that is applied to a professional player has to be seen to be incorporated into the commercial version of the boot and have a low unit cost – a difficult challenge. Having worked with professional footballers for the last 25 years, there are a number of factors that provide a challenge, not least professional players wearing their boots 1-2 sizes too small so that they ‘can feel the ball’. 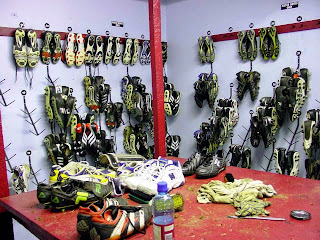 Walk into any changing room before a professional league match and most of the players will be applying strapping and protection to their feet and toes to reduce pain. Nail and toe deformities are common and one high profile player I recall, used to cut a hole in the back of new boots due to prominent bone. A small boot also means that the stud plate (sole of the boot) will now be much smaller than the foot and the studs will not necessarily be in the ‘correct position’. The upper of the boot at the heel will be lower, making keeping it on more difficult and, should a player need an insert (orthotic), then the amount of room available is reduced. 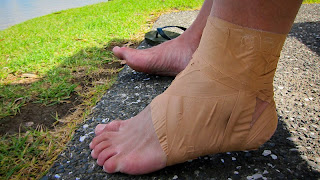 The next problem revolves around the studs that are used. Traditionally, screw-in metal studs are used for softer ground for better grip and shorter moulded studs (made from TPU or PU) are used for harder ground. This is more of a challenge these days as many premier league grounds are watered before a game. Certainly, in the past, the kit man has modified boots so that some of the moulded studs are cut out and replaced with metal studs / rivets – somewhat crude when one considers the cost and salary of professional players. In order to try and address this, ‘blades’ were introduced; these are TPU or PU studs that are wider than traditional moulded studs and felt to give a balance between metal and moulded boots. However, some have questioned whether or not these may predispose to knee ligament injuries as they prevent the foot rotating when a player lands, thus increasing stress to the knee. Whilst there is some evidence in American football that cleat (stud) design can pre-dispose to this injury, this has never been scientifically proven in soccer. 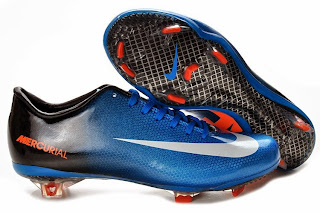 The final potential issue with football boots is the flat nature of the boot – most boots have a flat stud plate which places maximum stress on the calf / Achilles complex and can affect function. In order to try an overcome this problem, I teamed up with a Greg Lever O’Keefe a performance footwear designer in the early 2000s (Prior2Lever) to design a bespoke football boot. The aim of the project was to produce a boot fully bespoke to the player and made to their own last. We designed the required orthotic control and then incorporated this design into the stud plate as one unit. The bespoke boot would provide a tight fit but with optimal boot dimensions. 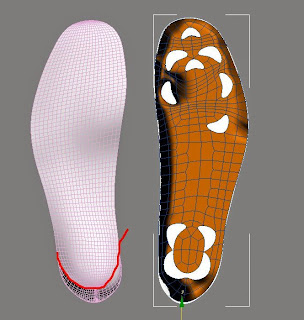 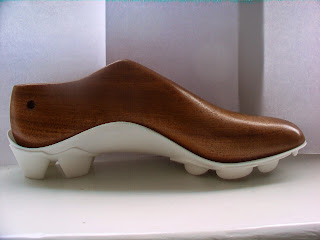 The first problem was the manufacturing technique for the stud plate. These are traditionally injection moulded and each mould costs several thousand pounds, making it impractical. Initially, we looked at carbon fibre materials and collaborated with formula one bodywork designers. However, the material was not suitable which is when we looked at a technique known, at the time, as rapid prototyping or laser sintering. This technique is now more commonly known as 3D printing but, at the time, was only used for prototypes not products. It was perfect for the task and we were one of the first to use this for a product. Not only did it allow us an easy method of producing a bespoke stud plate, by varying the thickness of the material at different locations, we could direct motion and redistribute load. The studs were a patented blade which was designed to provide grip but also allowed rotation. 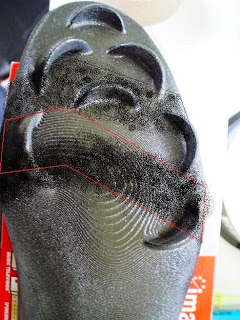 With an upper made from K leather, we produced the first bespoke boot called The Assassin and launched the product at the London College of Fashion. 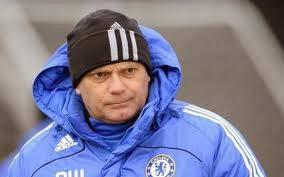 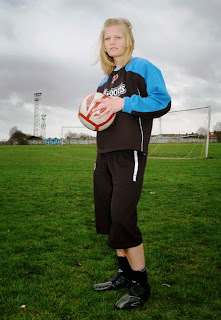 As a life-long Chelsea fan, it was a special event as Ray ‘Butch’ Wilkins was our guest speaker. Our trial player was Katie Chapman , England ladies footballer who stated that they were the most comfortable shoe, let alone boot she had ever worn.

Footnote
Nike has only just produced a boot where the studs are 3D printed despite having the technology available for over a decade. As technology advances and costs reduce it is likely bespoke specialist footwear will become more available to the soccer elite. 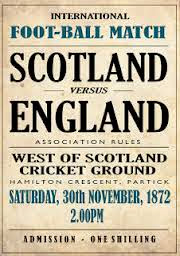